UArctic President Lars Kullerud made a visit to Yakutsk

The international seminar on the Arctic Council project EALLU was dedicated to the development prospects of processing and marketing reindeer products. The guests also had a discussion on the personnel deficiency in the reindeer herding; highlighted the importance of reindeer herding sustainable development and effective cooperation. The Norwegian delegation had a trip to the Gornii district reindeer breeding center within the seminar program. (The first part of the seminar was held on May 16 in the Embassy of Norway, Moscow). 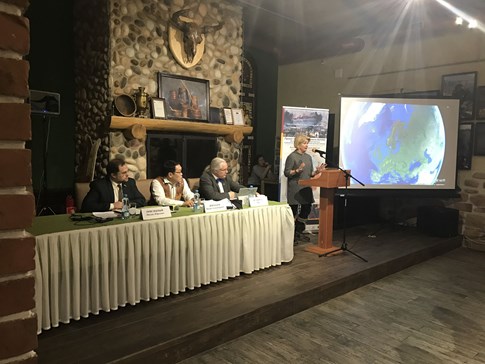 Moreover, Mr. Kullerud was invited to the events dedicated to the 60th anniversary of the North-Eastern Federal University. Hereby there were several meetings with UArctic members and thematic networks with the President. The Arctic state institute of art and culture, Yakut State Agriculture Academy and the new member Churapchinsky State Institute for Physical Education and Sports seniors and represetatives took part in the UArctic executives meeting. There were Claudia Fedorova, the member of UArctic Council Executive Committee and the Chair of the Nomination Committee and Vladlen Kugunurov, vice-rector for international cooperation. 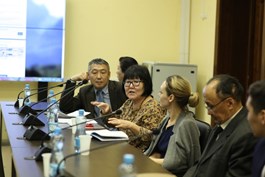 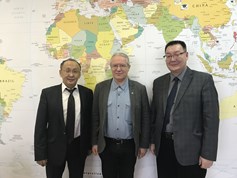 Representatives of member organizations had the opportunity to discuss directly with Lars Kullerud financial and administrative issues connected with the development and launching the joint projects, as well as ideas and plans for further cooperation within the network.

Professors Gunhild Hoogensen Gorv, Svein Mathisen and Nikolai Dyachkovsky introduced their thematic networks activity (Arctic Extractive Industries, UArctic EALAT Institute and Northern Nursing Education) to new members, spoke about opportunities and challenges encountered in the organization of various activities involving work not only with the students and colleagues, but also with the administrations of the different universities.

The President also met with professors and students of the Northern philology department (Institute of Languages and Cultures of the Peoples of the North-East, each of them is a representative of a particular indigenous peoples in the north-east of Russia. During the meeting they discussed issues on preservation of indigenous languages, as well as attracting young people to the reindeer herding. The main topic of discussion was the possibility of the exchange of non-english speaking students-representatives of indigenous peoples of the north. 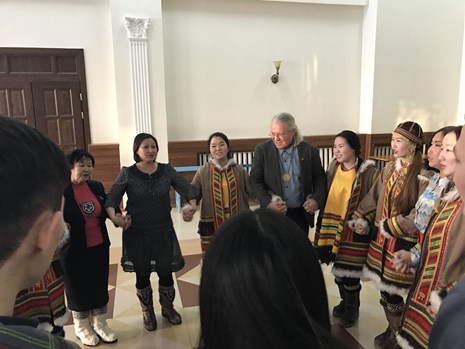 Aside from that, Mr. Kullerud had a meeting with Russian Information Center. 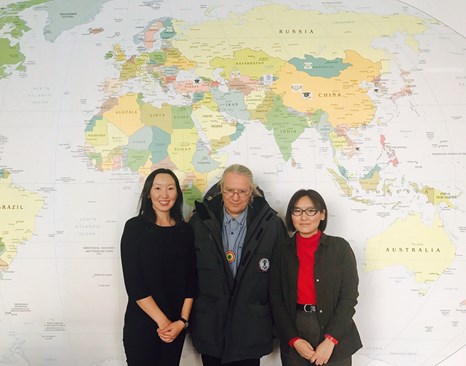 The most discussed topic at the meetings was the publication activity of the universities and the following potential ways of setting the stage for increasing the international citation index.