International Autumn School "Study of human working capacities in the Arctic", which took place September 5-12, 2016 has been successfully completed. The school was the first collaborative project of two Thematic Networks "Health and well-being in the Arctic" and "Working in the Arctic."

The main goal of the Autumn School was to increase the Master and PhD students’ competence in the field of integrated interdisciplinary research on security and adaptation of people working in extreme Arctic conditions. The project increased the scientific potential of Finnish, Norwegian and Russian experts through sharing of experience based on different scientific traditions.

Within the school open lectures, seminars and various workshops were held. Participants were sharing their experience of scientific research based on various scientific schools in different disciplines. In addition, due to active cultural program, school participants from Norway and Finland experienced Russian culture and traditions.

School participants also took part in a scientific conference held within UArctic Congress in St. Petersburg and presented their research results on one of the scientific sessions. As school follow-up a joint working meeting of two participating Thematic Networks was organized to discuss further activities and present new network participants from Yamal - Arctic Research Center of the Yamal-Nenets autonomous district. 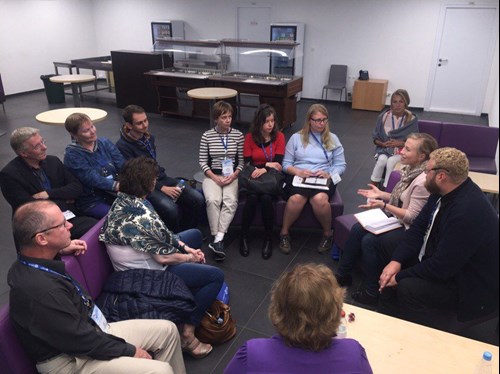 As a result of the school a new joint project was created. In this project an interdisciplinary online course on Indigenous peoples’ issues regarding work in the High North is going to be developed. In this project the network “Working in the Arctic” will expand and a new Canadian partner will join  – University of Manitoba.