On 29 November 2016, the rectors of North-Eastern Federal University and UiT the Arctic University of Norway signed a Cooperation Agreement.

The Agreement will cover a wide range of cooperation on research and technology projects, expeditions, conferences, exchange programs for students and staff.

Genuinely the Agreement between both universities was signed in 2013 and this year it was renewed since UiT got the new status as an Arctic university in Norway. NEFU rector Evgenia Mikhaylova wished the friendship through continent to be firm and enduring.

“Ammosov NEFU is a forward-looking university. We are sure we would not let our partners down and all the clauses of the Agreement will be implemented”, pointed out Evgenia Mikhaylova.

Anne Husebekk expressed gratitude and hopes to have fruitful and mutually beneficial cooperation. “As northerners we work for the Arctic development and people living there”, she said.

In the course of the event UiT rector, ambassadors of the Kingdom of Norway and UArctic president gave lectures on research activities in the Arctic. Moreover, BNS diplomas were handed by UiT rector to the NEFU students. 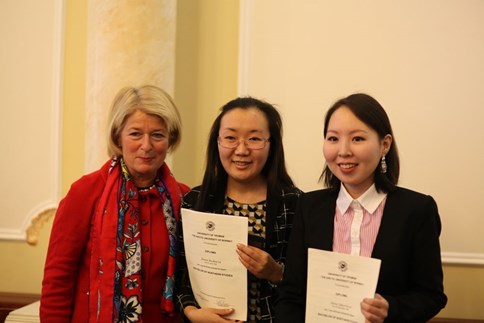 The signing of the Agreement was within the 60th anniversary of higher education in Republic of Sakha (Yakutia). There were ambassadors of the Kingdom of Norway in Russia Leidulv Namtvedt and Radina Trengereid, University of Tromsø representatives, UArctic president Lars Kullerud, Association of World reindeer husbandry executive board and secretariat and International Centre for Reindeer Husbandry executives Anders Oskal and Svein Mathiesen, students and professors, researchers and NEFU executives among the guests of the event. 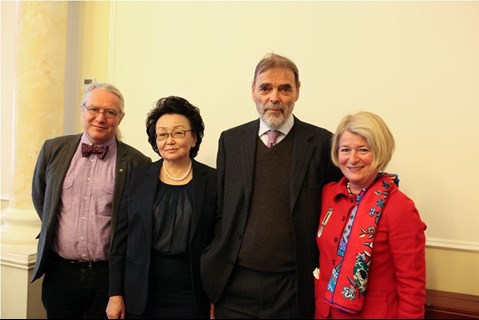