From 25 to 26 November the International Conference "Gargia-Oktemtsy - 2016 “Agricultural development in the northern territories of Russia" took place for the third time on the base of the North-Eastern Federal University in Yakutsk and Oktemtsy village.

The conference is the initiative of the UArctic thematic network on Local and Regional Development in the North (Leader – Oksana Romanova) in collaboration with the administration of Oktemsky village Khangalassky region of the Republic of Sakha (Yakutia).

Experts and participants of the conference discussed the theoretical and applied aspects of food security, the creation and development of agro-industrial clusters based on inter-municipal cooperation, international cooperation for training specialists for local and regional development in the North. 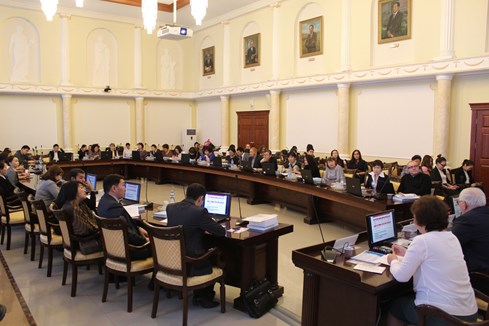 At the plenary session of the conference the world-class expert, professor of the University of Montreal, Quebec, Christopher Bryant remotely presented «Challenges of Peri-urban Farmland in Developed Countries and Developing Countries for Food Security: The New Realities of Climate Change and Variability". This presentation demonstrated the results of research teams from Canada, Congo and Senegal.  The presentation outcomes highlighted the necessity of integration of building development strategic planning for sustainable agricultural industry and the necessity of curbing urbanization; market understanding of healthy products produced by sustainable agriculture.

Professor Christopher Bryant warned researchers about the importance of climate changing in the strategic development of agriculture in the northern districts.

Nedzad Zdralovic, an international expert from Norway, coordinator between Norway and Russia in the field of agricultural projects, presented the film “Production of milk and meat in small family farms in Norway”. The film is about five farms in Finnmark, Northern Norway. To watch the film follow the link: https://www.youtube.com/watch?v=3R5ETr_xxGc 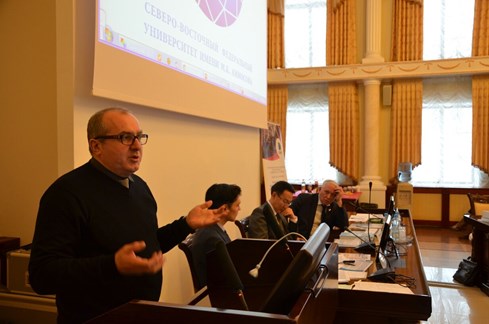 NEFU Institute of Finances and Economics director Alexander Kugaevsky noted in his report that the extreme Agricultural economy of the North and the Arctic is the specific industry. He announced the figures on livestock population in Yakutia: they represented the decreasing of the cattle and reindeers and increasing of horses in 2010 and 2015. 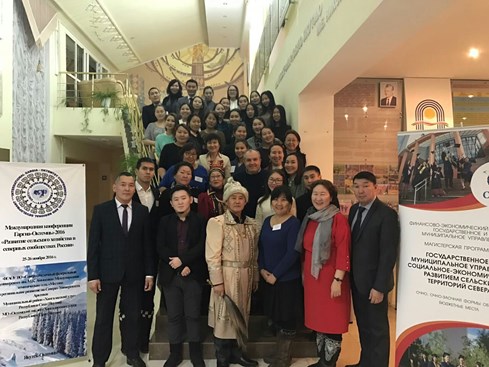 Conference workshop was aimed at creation and incorporation of innovations in rural areas of the North. Five teams of entrepreneurs, scientists, graduate students and advisors worked on developing business projects, and then successfully defended to the experts.

In the final session of the conference noted that all projects were popular and prospective.

For example, a project on creation of an eco-ice cream "Kyuercheh" with northern berries.

Moreover in a short span of time business plans have been developed for the implementation in the village Oktemtsy. For example, wellness center with saunas, laundry, spa treatments; growing mushrooms, canned by shock freezing fruits and berries; a mobile application for agricultural producers and tourism development in the Republic of Sakha (Yakutia ); manufacture of herbal tea and medicinal collections of herbs, roots.

One of the key conference outcomes was the development of the project "Family farm”, proposed by Nedzad Zdralovic. This project was considered as an investment project for the Republic of Sakha (Yakutia).  During the Workshop the searching for investors and resources was carried out.

According to the international expert Nedzad Zdralovic and administration of Khangalassky region all workshop projects can be transmitted into all the northern settlements.

The Leader of the thematic network, Director of Expert Consulting Center of Institute of Finances and Economics Oksana Romanova noted that the projects created on the basis of previous conferences, are already being implemented in Aldansky, Churapchinsky, Namsky, Khangalassky regions of the Republic.

Within the conference there was an exhibition-fair of agricultural products that was highly appreciated by the participants and guests of the event.

Conference Gargia-Oktemtsy-2016 continued the tradition and made a creative platform for testing ideas and the creation of agricultural development projects, innovation in the development of rural areas of the Russian North.

Oksana Romanova, The leader of the thematic network "Local and Regional Development in the North"